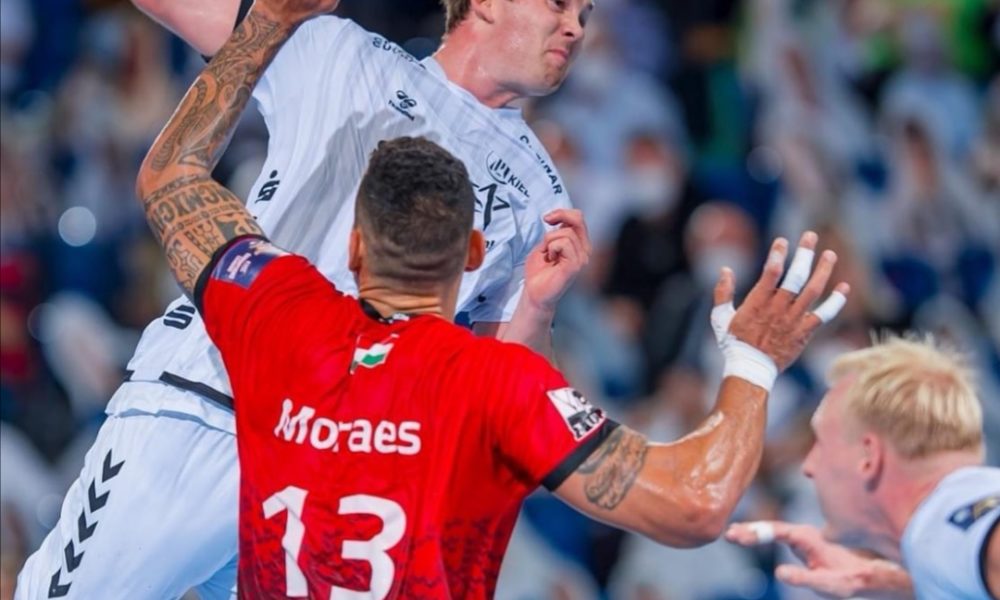 Photo: thwkiel
Kiel in the final after drama against Veszprém

In the second semifinal Kiel took a better start and with their airtight defense knocked down the attacks of Veszprém. Wienczek and Pekeler made an excellent job in the defense, later in the offensive variant of defense was Duvnjak some did an amazing work for his team. Veszprém had problems to come to scoring and Kiel won the first half 18 – 13,but the Germans had also 7-goals lead at 17-10. Marhic and Corrales were the two Veszprém players to remark, meanwhile Kiel had Sagosen, Landin and Wienczek with good performances in the first half.

In the second half Veszprém had a totally different mentality entering the court and the replacement of Maqueda with Yahia made the difference for the Hungarian side. Yahia scored goals, provided his teammates with assists and Veszprém managed to come back in the game, leveled the match at 23 – 23 and took the lead. 24 – 28 was the advantage of Veszprém, but Kiel managed to make it 28 – 28 and the match ended 29-29.

Extratimes followed, after the first 5 minutes was 32 – 34 fro Veszprém, than Kiel came. Back 34 – 34, 35 – 35. Niklas Ekberg scored for 36-35 when only were 40 seconds left. Veszprém had the chance to equalize in the last half minute but Kiel defended well winning the semifinal by one goa and going to the final.