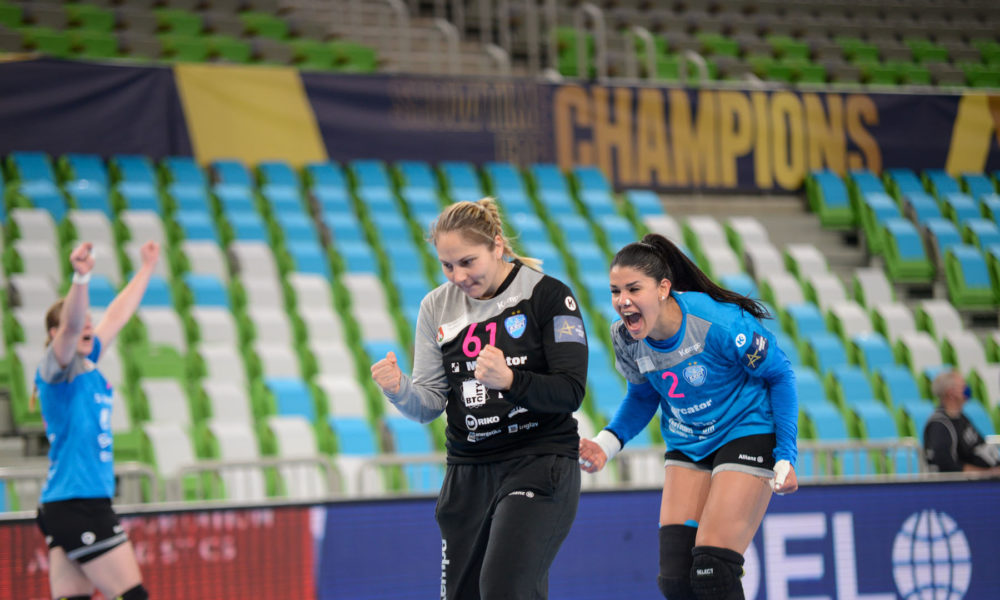 After a balanced first half where hosts led by one goal at the pause, 12-11, Krim Mercator Ljubljana managed to keep down CSKA on only nine goals in the second half. Leading with six goals during the match, Krim won the game by 5 goals, 25-20.

The Brasilian left-back Samara Da Silva and French right back, Sercien Ugolin made a very good match in attack for Krim, being responsible for most of the goals, meanwhile, Jovana Risovic in the goal of Krim had a saving percentage of 56%, making the day of CSKA players very tough. The Russians had clear problems to score, Krim made a clever defense, stoping their backplayers early. (Dmitrieva and Mikahlichenko are still missing due to injuries).

May the five-goals advantage enough for Krim to advance to the quarter-final?