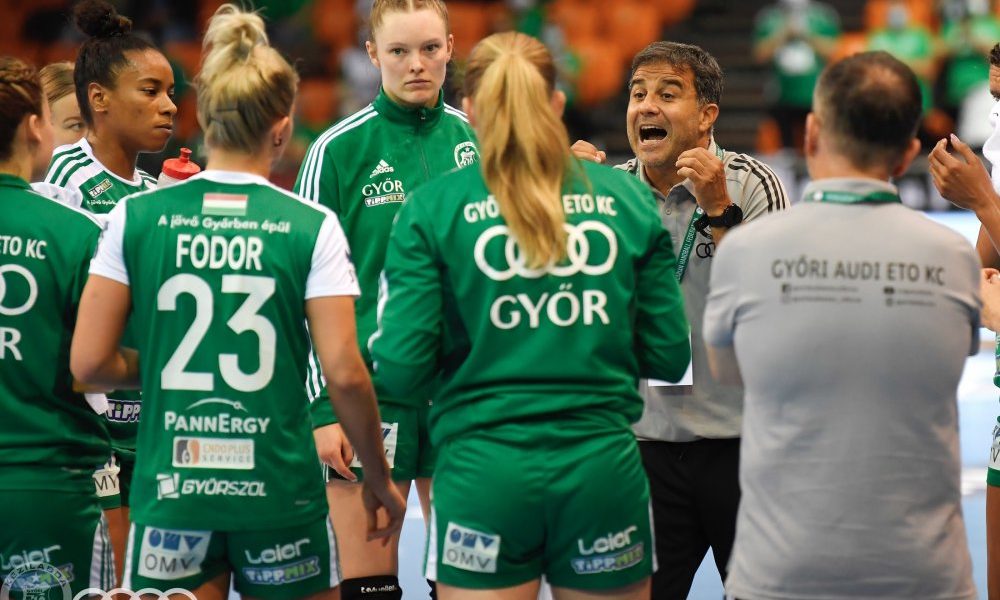 The last time there was a DELO EHF Final4 organized, Győri Audi ETO KC won the title, so even if we had to wait one year extra, the Hungarian team are still the title-holders

The team had a long season filled with ups and downs, but in the Champions League they did not lose a game. They had four draws: one against CSKA Moskva in the first group match in Russia, two against Brest Bretagne in both group matches of the groups and one draw agianst Odense HC played in Denmark in the first leg of the quarter-finals.

However the dynamics inside the team were far from perfect, there were players who could not play because of some injuries, others cached the covid19 infection and needed a longer period for recovery and there were players who had got minor playing time and looked like are not in their best shape. At the end of last year, before the EURO, Amanda Kurtovic left the team on a loan and transferred to Turkey (Kastamonu). The team had to play without a lefthanded backplayer throughout all this season and the roles had to be changed inside the team. The biggest change has come just 3 weeks ago when Győr lost heavily in front of their domestic rival in Budapest. FTC won the decisive game for the race of the Hungarian League title with a margin of nine goals and secured the title in front of the favorites from Győr. After this match headcoach Gábor Danyi has been fired immediately and Ambros Martin stepped in as the new head coach to lead the team in the decisive games from the Hungarian Cup and DELO EHF Final4. The team won the Hungarian Cup and now is ready for the Final4 in Budapest.