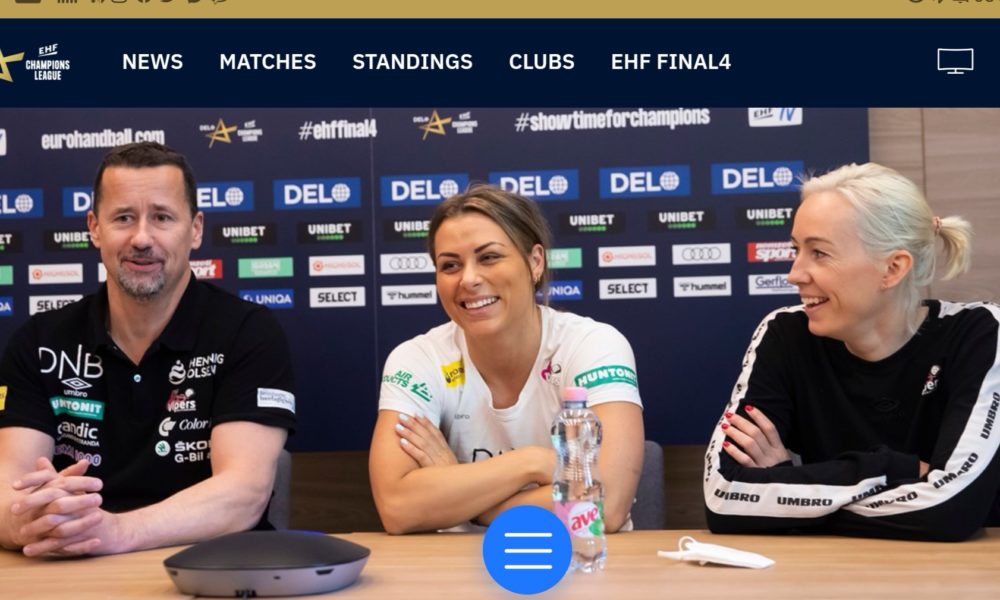 Vipers is the best Norwegian team, winning the domestic title for the fourth time in a row this season. Their season has been filled with ups and downs and many unexpected challenges on the way, most of them being linked to the ongoing covid19 pandemic and the strict rules implemented by the Norwegian government regarding the travelling in and out of the country.

They had also lots of injuries in the squad: Andrea Austmo Pedersen was absent for the most part of the season, than Katrine Lunde got pregnant before the EURO 2020, but unfortunately she lost the baby early in the pregnancy so she got back to the court.

Silje Waade suffered an ACL injury, and Nora Mørk had also new problems with her knee. Heidi Løke was out for months due to her broken nose and leftwing Karoline Olson is troubled by a shoulder injury. In addition Jeanette Kristiansen is pregnant with her first child.

Ole Gustav Gjekstad said in an interview with EHF:

“I am very impressed with what the players achieved, they displayed just how resilient they were. I think earlier in the season, it did not look likely that we would make it to the FINAL4, so it is incredibly rewarding.”

“The mentality is also important. Two years ago, we arrived in Budapest and were happy to have come this far, to participate, so we were unable to really challenge Györ. This time around, we are not here just to take part.”