Brest Bretagne in the final after drama 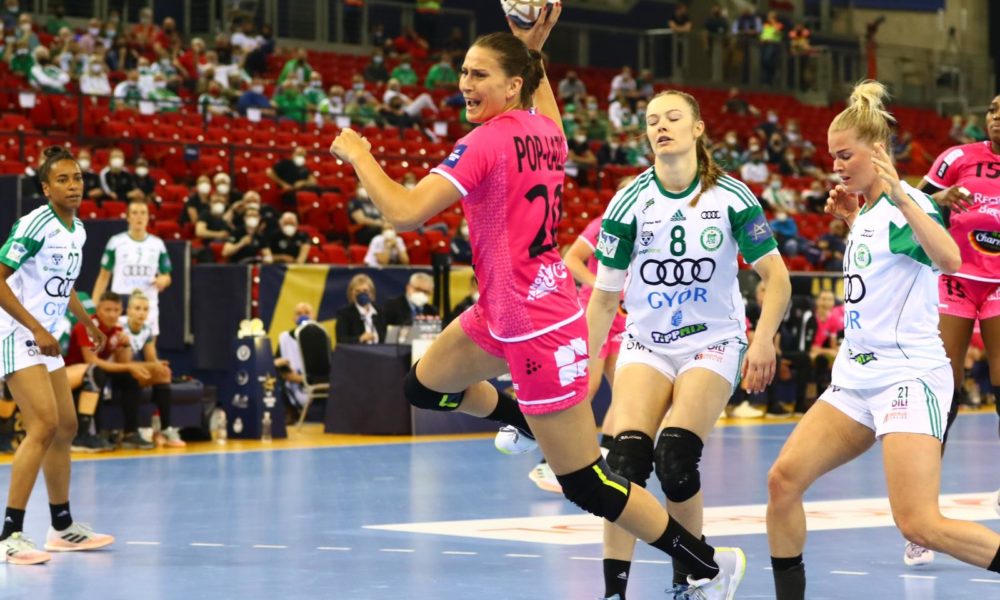 photo:brestbretagnehandball
Brest Bretagne in the final after drama

In the first half of the semifinal the most dominating element of the game was the degense, as both teams had a strong defense, giving hard time to the opponents attackers. Amorim, Edwige, Hansen or Brattset on the Győr’s side, Jaukovic, Foppa, Pop.Lazic or Niakaté for Brest, made an efekctive job defending.

Darleux had the best performance in among the goalkeepers, Győr having problem in the goal, Leynaud could not reach her highest level in this half.

Ana Gros was one of the most important players for Brest, scoring 4 goals, but Gulldén, Jaukovic, or Niakaté were also dangerous in front of the opponent’s goal. The attack of Győr seemed to not be very good timed, Oftedal or Amorim made many mistakes, but Lukács could not score on her chances either from the right-wing. Ambros Marton called his timeout after 25 minutes but seemed to not help much, as his team could not come closer, the first half ended 8-11 for Brest.

In the second half, Győr started with an Amorim goal and Silje Solberg savings in the Hungarian goal, but Brest still had the lead, 9-12, 11-15. With an open defensive system, Győr managed to make trouble in the Brest’s machinery and leveled the game at 15-15, with goals from Amorim, Kristiansen, Fodor, and Faluvégi. Győr takes the lead first in 47. minutes of the game at 16-15 when Görbicz made her first scoring from a 7-meter throw.

It was a very obvious change of the dynamics in the game in favor of Győr, supported by their home fans, and Brattset scored for a two-goal lead, 17-15. After 22 minutes played in the semifinal Brest managed to score their fifth goal by Jaukovic, 17-16. The result was again tied at 18-18, but Győr took the lead again at 20-18. Silje Solberg made some very important saves against Gros and Coatanea, keeping her team in the lead.

When it was 20-19 for Gyor, Amorim stole a ball and got a penalty, but Gorbicz missed to score, against Toft in the Brests goal and in the last attack Brest leveled the game 20-20 when Pop-Lazic scored.

Seven meters followed to decide the winner and after several saves and misses from Gros, Kristiansen and Nze Minko, the last and decisive scoring was set by Isabelle Gullden and Brest qualified to the final of the CL.