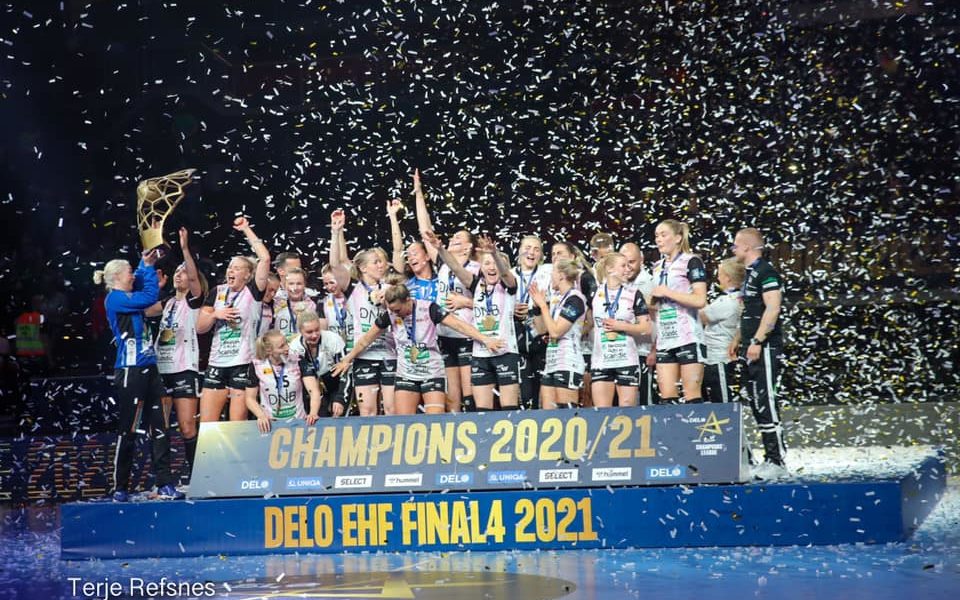 Vipers started storming over Brest and took the lead 1-5 after 5 minutes. Katrine Lunde (41) showed yet an amazing performance in the goalkeeper position, Henny Ella Reistad impressed once again, scoring 12 goals in the final of CL: and the whole Vipers-team with Løke, Arntzen, Knedlikova (scoring 6/6) from rightwing, Mørk made a fantastic game and Brest with Gros, Gullden or Kobylinska could not keep up the pace.

Vipers played a very fast tempo-handball and even if their defense was not perfect for some periods, there stood Katrine Lunde between the sticks and saved everything was possible to save.

Brest have really tried to make the necessary changes, both in defense and they replaced the goalkeepers several times during the game, but neither Darleux or Toft managed to improve and make troubles for the opponents.

Vipers Kristiansand won the DELO EHF FINAL4 final for the first time in the clubs history and Katrine Lunde managed to won the trophy for the fifth time in her career, this time with her childhood club where she started to play handball for the first time.

Henny Ella Reistad got the award for the Most Valuable Player of the Final4.

Ana Gros is the topscorer of the competition with 135 goals.