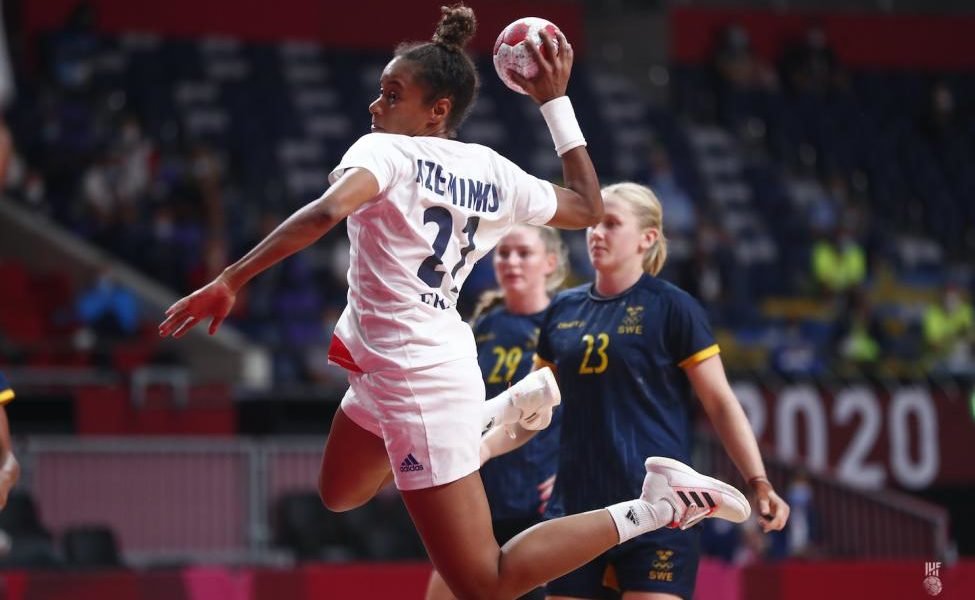 Sweden hat he better start leading 2-5, 5-7 against France, but France came back slowly into the game and leveled the match 7-7. The two teams had followed each other through the entire first half, which ended 15-14 to France. Zaadi, Pineau, and Edwige in defense were the big players for France, meanwhile, Sweden had Westberg to score on penalties and Ryde to save the penalties, but in attack, Sweden was struggling, Strømberg and Blohm were taken out of the match almost totally by tough French defense.

In the second half, France increased the lead 17-15 from the start, but Sweden came back and the game was close and even a long time. Linn Blohm got her third suspension and a red card and in the last ten minutes of the game, France was in control, leading all the time and winning the match 29-27. Cleopatre Darleux had an important role in the French goal in the second half, meanwhile, Zaadi, Nze Minko, and Pineau helped the team both in defense and attack. Sweden struggled, having an overall weaker performance in all aspects of the game. France repeats the performance from Rio 2016 and goes to the Olympic final once again.

Denmark and France play for the gold
Russia goes to the final, big disappointment for Norway