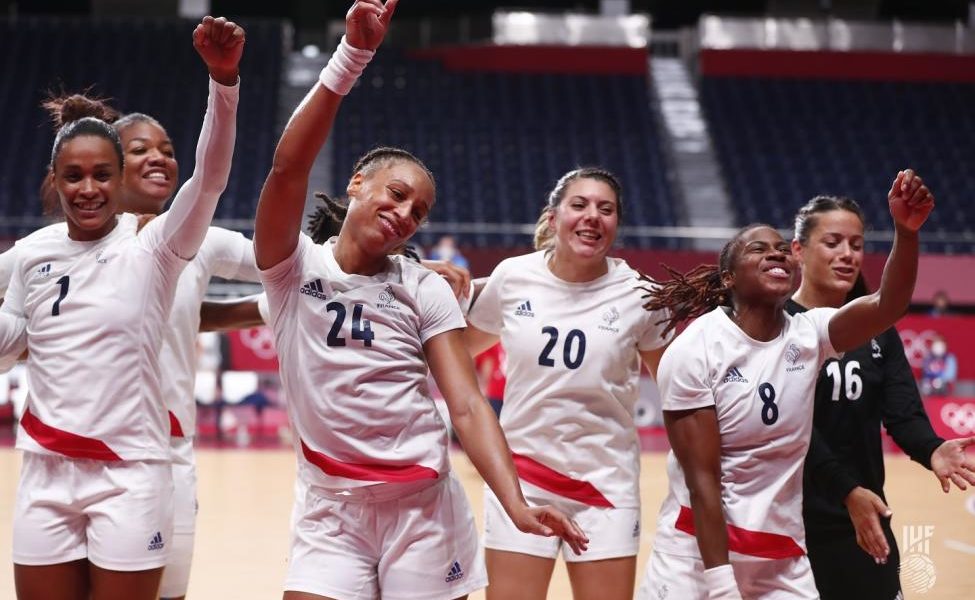 Norway raised after the big disappointment from the semifinal defeat against Russia and was very determined to go home with a medal. They started like a fury winning the first half by 19-7 (!) against the neighbors from Sweden and they continued on the same way in the second half, taking the bronze medals home.

The final was the replay f the final from five years ago from Rio2016 when Russia won the gold medals. Bust this time France showed a fantastic defense, with a good goalkeeper performance in the second half from Darleux and clever tactics both in defense and attack. The French defense managed to make Vyakhireva look average, letting Vedhekina yo shoot and score seven goals, but Russia never got a chance on the line player position and the wings were also neutralized. France had a good attack where Foppa from the line scored seven goals, they managed to stress the Russian defense several times and to get eight 7meters during the final, Allison Pineau scoring on seven of them. France presented a concentrated collective play and defeated Russia clearly, with a five-goal difference, 25-30.

This is the third time in the history of handball and Olympics that both national teams of the same country are taking the gold at the same OG, after Sovjetunion (1976) and Yugoslavia (1984).