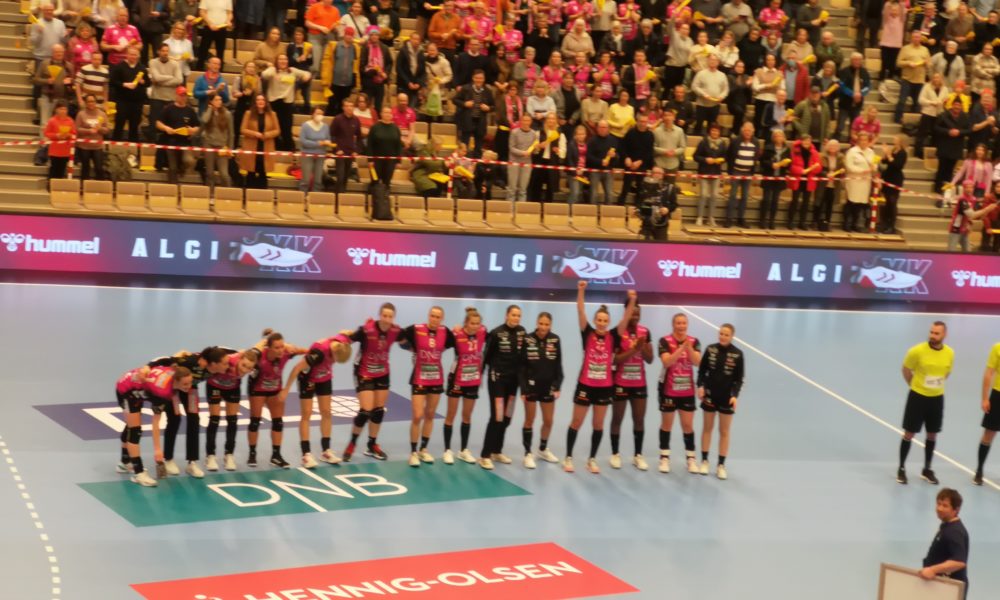 Vipers is the CL title holder and in the last round of the group phase is hosting Győri Audi ETO KC, the five-time CL winner. Many Norwegian, French, Hungarian,.Swedish, Romanian , Korean, Croatian and Czech players will play against each other in front of a fully crowded Aquarama hall in Kristiansand. Vipers has players from six different countries, meanwhile Győr has players from seven nationalities.

Győr has already won the group, winning until now every game in the group phase. Vipers had a rougher path, but they could grab the second place of the group if winning today.

Győr will miss Amandine Leynaud, Jelena Despotovic is pregnangt so the Montenegrin is out for the rest of the season. Vipers has also some absents like Heidi Løke (pregnant), Refsnes ( pregnant), Waade, Yttereng, Olsen, Jonassen, Pena (injuries).

The first half started with Győr in the leading seat 2-4, 3-6, 4-7, but hosts managed to come closer as Tomac, Jerabkova or Debelic scored and Katrine Lunde improved in the goal. Győri had a weaker period in the last 5 minutes of the first half and Vipers managed to equalize at 11-11, than to take the lead and winning the first half 16-13. Oftedal, Hansen or Brattset scored for Győr.

In the second half Vipers .anaged to keep their lead for almost 20 minutes, but than Győr changed the gear and equalized at 25-25, than Nze Minko took the lead 25-26.

Vipers leveled the game quickly and took the lead once again 29-26, Knedlikova , Mørk and Jerabkova managed to score.

29-28, Faluvégi scored twice to reduce the score, but Gullden increased the lead from 7 meter, 30-28. Győr managed to net only once, 30-29 by Faluvégi.once again, but this was too little too late.

Vipers ends the group phase with an important victory, 30-29 and if Metz will not manage to win against CSKA.tomorrow they have chence to finish on the second place of group B.