Győr in the EHF Final4 after defeating Brest 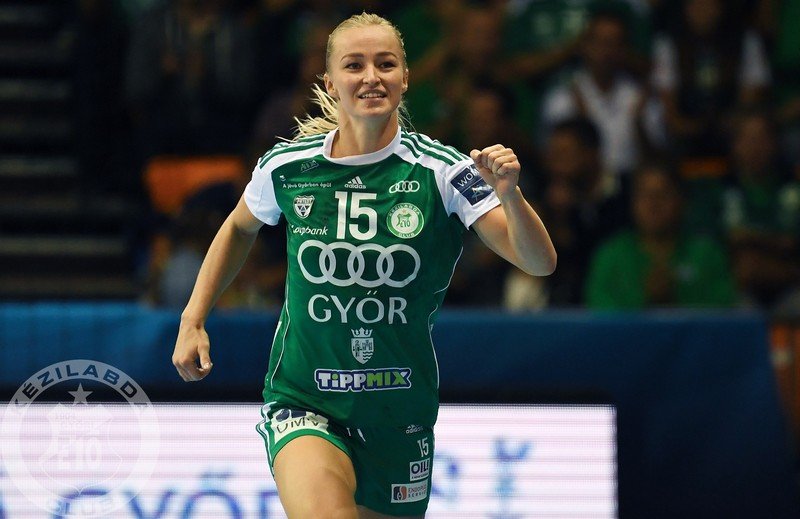 photo: győrietokc
Győr in the EHF Final4 after defeating Brest

Győr meets Brest in a decisive match on home court, supported by a fully outsold Audi Arena, maybe the most important match of the season so far in Győr. Hungarians struggled in the first leg in France, when Brest made a good game, but the two teams could not decide the winner as it happened so many times in the last two seasons, the match ended 21-21.

Győr starts with a high tempo attacking play and tough defense, Leynaud was amazing in the goal, Oftedal is back to old herself, and the result is 8-4 after 10 minutes of play. Brest could not make their play work, their goalkeepers, Toft and Darleux could not help their team, meanwhile, Leynaud had a 50% saving percentage. Gyor had a good working defense and a creative and efficient attack. Oftedal had scored 7 goals in the first half, but Blohm, Nze Minko, Ryu, and Hansen all contributed with good solutions and the hosts collected an eight-goal advantage after the first half, 20 – 18.

After ten minutes played in the second half Győr had increased their advantage to ten goals, 26-16, showing their best face in front of their home crowd. Pintea, Oftedal, Ryu, and Nze Minko had a great performance in the attack, Glauser entering the court made Brest to struggle even more and could not find the openings on the defense of the opponent, only Jenny Carlsson made some problems for the Hungarians.

Győr is the second team that qualified for the Final4 in Budapest after Metz, which qualified without a quarter-final after Rostov Don had to leave the competition. Metz defeated Dortmund in the play-offs and earned the spot in the Final4.