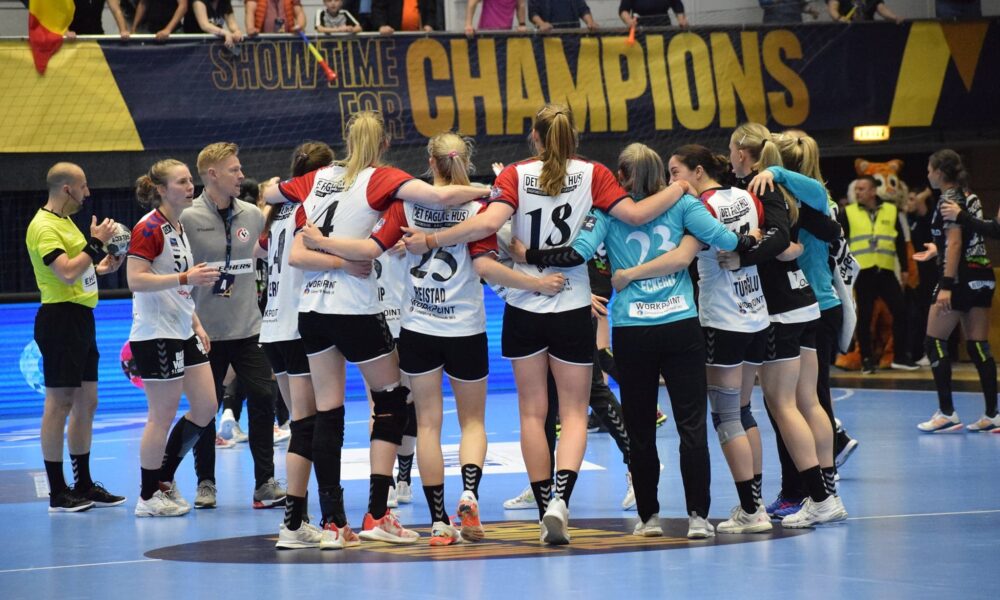 photo: Madalina Donose
Team Esbjerg is in EHF Final4 after a thriller against CSM Bucuresti

Team Esbjerg took the victory in Bucharest last weekend, 25-26, but the team of Jesper Jensen still had problems with their squad, many injured players, they had any rightwing against a Romanian powerhouse with good players on every position.

CSM Bucuresti had the control during the first half, leading with a one-two goal difference, causing problems to Esbjerg, where Reistad could not score, and except Breistøl every Danish player had problems putting the ball behind Grubisic. Half time: 12-14.

In the second half, Dinah Eckerle replaced Poulsen in the Danish goal and she really stepped up and took the game into her own hands, saving nearly 50% of the entire second half. Her teammates improved also in the offensive phase, Reistad, Ingstad, and Møller made a better second half, besides Breistøl , who brought an extra performance, scoring nine in this quarter-final.

CSM fought heroically and leveled the game in the last seconds, but this was not enough against a very tough home team in a fully crowded arena.

Dinah Eckerle (Team Esbjerg): “I am very proud of the team and it is still unbelievable for me that we managed to qualify for the FInal4 and we are going to Budapest. It was an extremely difficult match, we knew that It will be very close, the last three games against CSM were all close games. I am happy that I could help the team with a good performance, thanks for the support from the stands.”