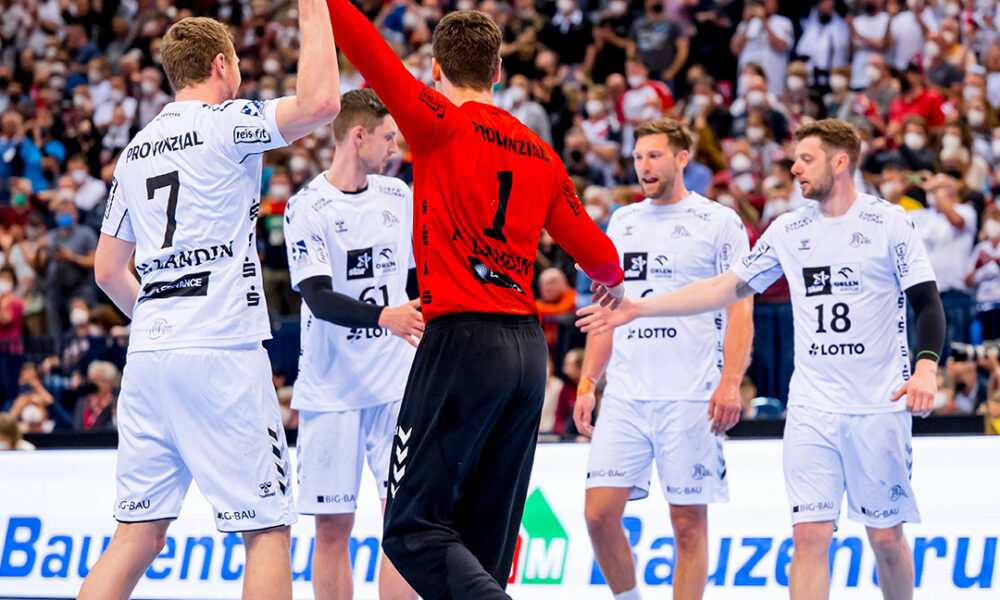 photo: thwkiel
Kiel goes to Cologne after the clash against PSG

Kiel and PSG played the first leg in Paris, which ended 30-30, after a match Kiel led for 55 minutes.

In the second leg in Kiel, the French side managed to stay in lead the entire first half and had a two-goal lead before the break, 17-19. Landin and Sagosen did not show the level of performance everybody expects from them, meanwhile N.Karabatic, Remili, and Gerard were shining for PSG.

In the second half Kiel took back the control of the match, Landin improved his performance in the goal, Reinkind was efficient in attack and Kiels defense worked much better even if Pekeler was sidelined due to an ankle-injury. Kiel had three-goal lead at at 26-23, 27-24 and after that PSG had never the lead or the draw. Dramatical dying minutes gave the chance to PSG to level the game, but Kiel controlled the situation and with 32-31 win took the last ticket to the Final4 in Cologne.

Barca in the EHF FINAL4, Flensburg is out
Semifinals for EHF CHAMPIONS LEAGUE Final4 Men are ready