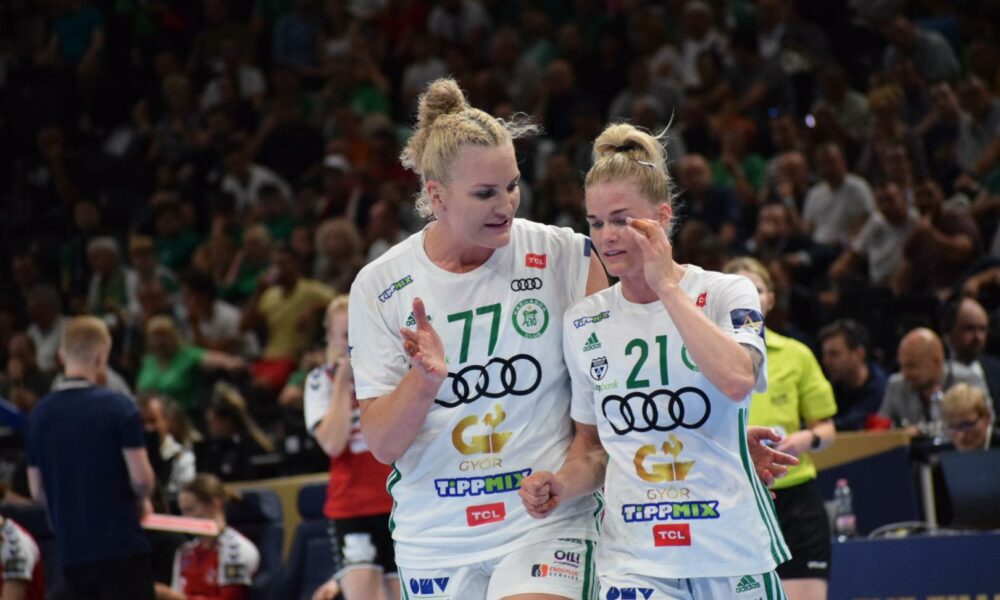 photo: Madalina Donose
Energy and power from the stands pushed Győr towards the final

” I am very glad to be here and to be able to play the final again. With this team, with these fans, my whole season was just great, I feel extremely good and thankful that can be part of this.

” We had problems with Reistad in the first half, both in the second we managed to make a stronger defense and to show which team is the better one.

“Tomorrow is another day, with another game, we need to recover, rest and continue to play with the same motivation and same spirit.

” It was amazing to play here in this atmosphere, the fans gave us so much energy. I was waiting so long for this match and I am very happy to be in the final.

” We knew that it will be a tough game because we know the player of Esbjerg, what are they capable of, and they had very good season. Reistad is making the game in Esbjerg and much depends on her performance, that’s why we wanted to stop her. In the first half, she had her moments and scored many goals but I feel that in the second one we managed to stop her and with that, the whole attack of Esbjerg got a brake.

“This team, these girls – they made an amazing job, played as a team, for each other and showed some amazing performances. They wanted to win this game and played almost at perfection, when they do so it is very hard to stop them.”

” We managed finally to win the match due to our defense and our fantastic goalkeeper performances.