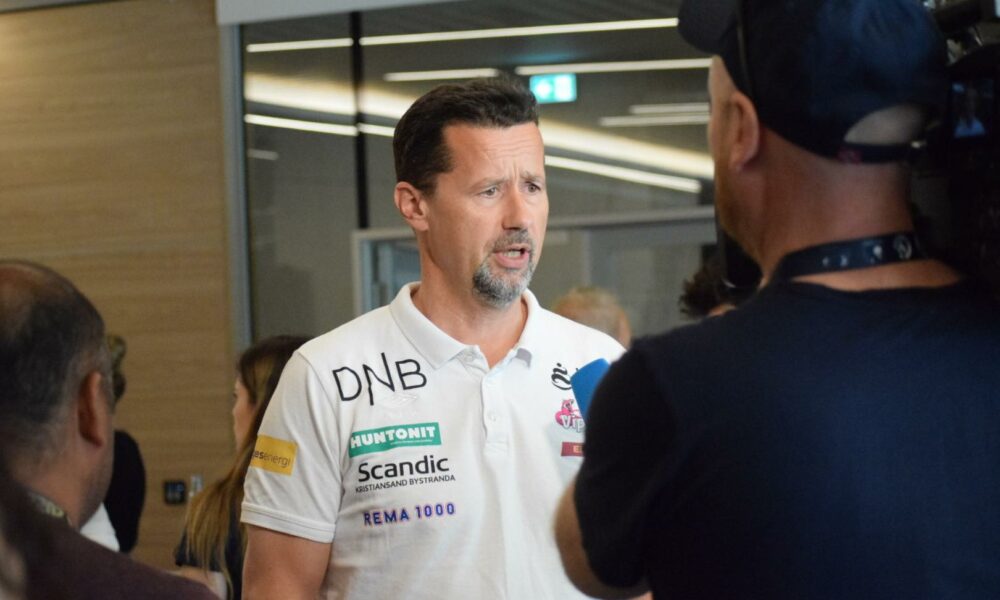 photo: Madalina Donose
Gjekstad and Mayonnade are both confident but modest before the big semifinal

In the second semifinal, Metz and Vipers will meet to decide the finalist. Both head coaches are confident about their team preparation but tried to take off the pressure from their team’s shoulders.

About the previous matches against Metz:

“I do think that we played really great handball on both occasions against Metz but we were not able to win them. That is the past, now we are in the EHF FINAL4 which is a totally different situation.

“I think my players are able to overcome any difficulties and they can perform on the highest level during a weekend like this so I am not afraid before the semi-final.”

“Maybe we can say that we have bigger pressure on us because we are the title-holders but I do not think it is important. It is a whole different season. We worked hard to reach the EHF FINAL4 again and we are well prepared for this challenge.”

About their preparation for the weekend

“To be honest, we have not changed anything in our preparation. We did the same things as we usually did before our matches. Of course, we feel that this weekend will be special but we did not want to change our routines.”

About the semi-final against Vipers

“We have met Vipers in the group stage and we managed to win on both occasions. Despite that, we cannot say that we are the favorites for the semifinal as they have much more experience than us.

“It will be tough to compete with them but we learned a lot from our last FINAL4 semifinal when we let Rostov win the match in the first 15 minutes. Now we know that we have to concentrate from the very beginning of the match and we should not let them score easy goals.”