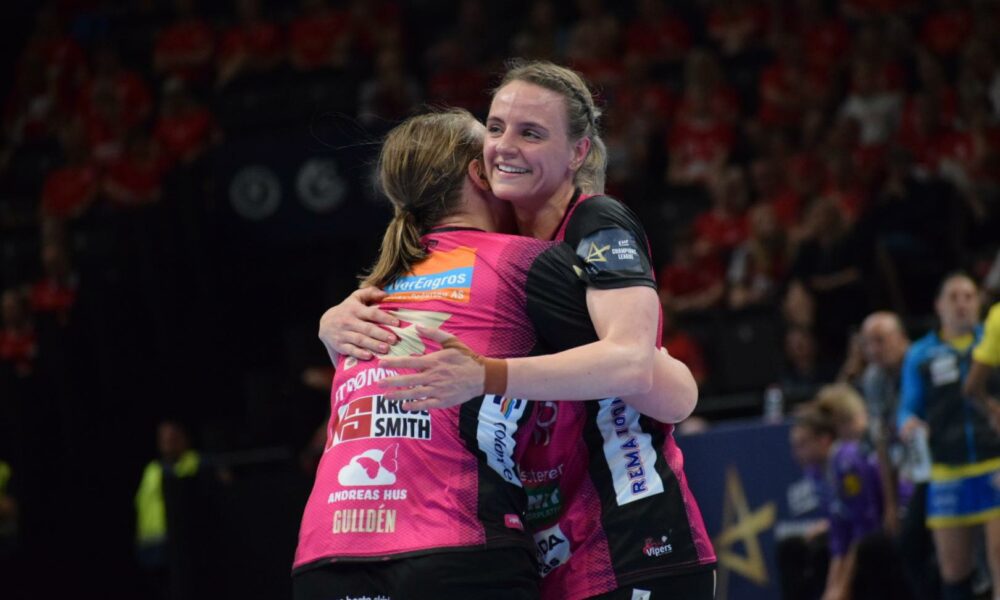 photo: Madalina Donose
Vipers in the final for the second time in a row

Metz started better the match, having a slight lead against Vipers at 3-1, but after this Vipers played a good, fluent game and managed to get a bigger advantage 7-12, 8-13, and 9-14. Nora Mørk, Marketa Jerabkova, and Sunniva Næss Andersen were the main goalscorers for Vipers, Lunde had a good performance in the goal, but in the last 5-6 minutes of the game, a continuous bad refereeing heøped Metz to turn the game and go to the break with one goal advantage 15-14. Metz’s leading players were Orlane Kanor, De Paula, and Tamara Horacek.

In the second half, Vipers leveled the game quickly, then in the first 10 minutes, it was close to drawing. Vipers took back the lead, 19-21, 40-minutes of the game. Jerabkova, and Andersen scored the most for the Norwegians, and Katrine Lunde helped her team from behind.

Metz fought back, but Vipers increased the lead 21-26, after 45 minutes of play. Gullden, Debelic or Mørk were efficient for Vipers, Lunde kept Metz players in misery and even if they managed to find some scoring, Vipers were superior. Jerabkova scored nine in the first 47 minutes of the match, and Mayonnade called his third timeout at 21-27, at the biggest difference in the game.

Vipers win the game and reach the final for the second time in a row and have the chance to defend the title.