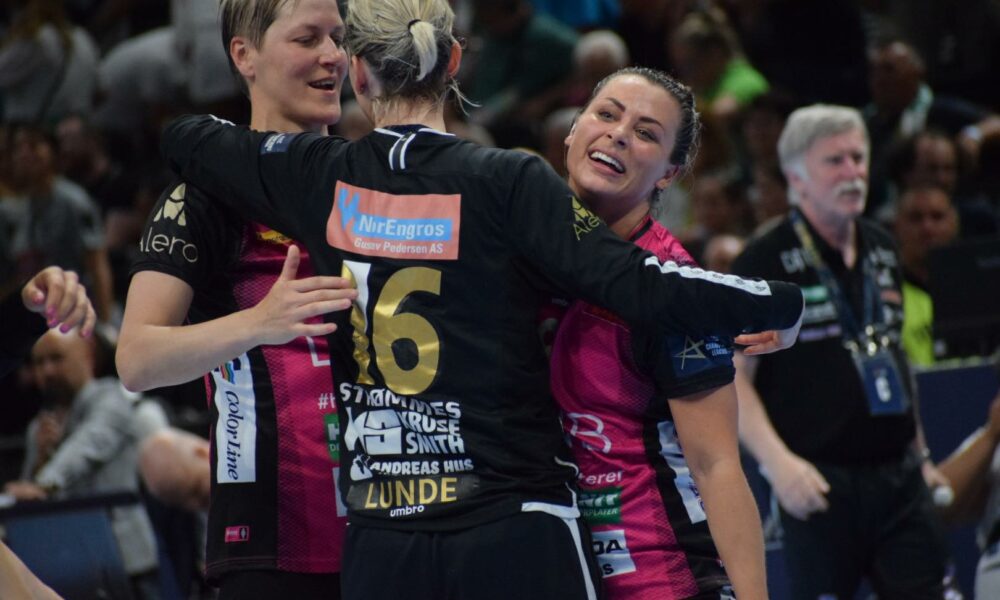 The two teams met each other in the group’s play, where in the first match Gyor took a huge victory and in the last round Vipers defeated Gyor with one goal in Kristiansand.

Both teams know each other well:

On the final against Györi Audi ETO KC:

“We will have this big game tomorrow, looking forward to it. I know there will be a lot of Hungarian fans, but, at the end, we want to win and silence them with our game.”

Gyor had the best start in the game leading 6-4, 9-6, 10-7 after 15 minutes, but Vipers fight back and leveled the game 10-10m then took the lead 10-13. Jerabova, Knedlikova, and Gullden were the main scorers for Vipers, Hansen, Lukacsand Blohm for Gyor. The two goalkeepers also had a lot to say, both Leynaud and Lunde helped their teams from between the sticks, and the first half ended 13-15.

Seven against six-play from Vipers, with two-line players and Tomori in attack, scoring goals, was a a new tactical element from Vipers , which was still in lead.

Tchaptchet scored several times in the second half, as Gullden also did from the seven-meter line. Gyor was changing the goalkeepers, but none of them could really stop the Viper offensive.

Gyor had the chance to come closer at 29-32, but Lunde denied against Nze MInko, many times in this half. Then Debelic scored from 29-33 and Schatzl could not score once again against Lunde from the left wing. Lukacs managed to put the net, but too late for hee team to be able to come back.